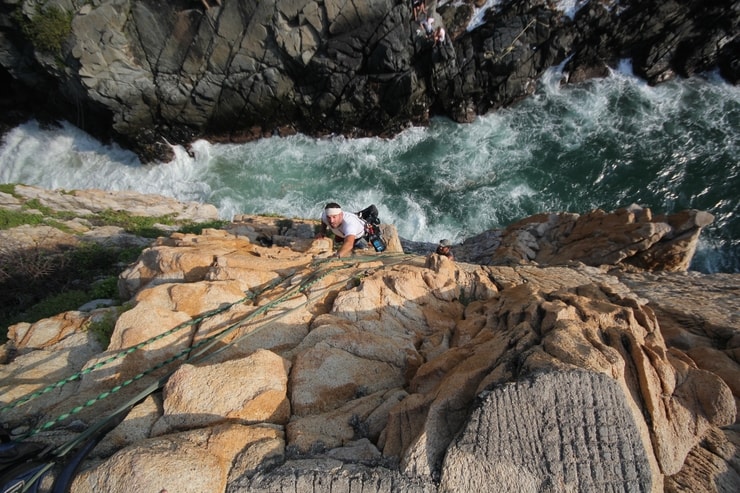 All in a day's work.

Mungo the Cameraman on Paracord, Survival, and Keeping Life Simple.

How would you like to travel the world as your job, seeking out the planet's most remote locations for your office? Paul "Mungo" Mungeam is a freelance "adventure cameraman" that has been all over the world filming people's adventures for TV. Read about his views on life, adventure, and paracord.

Often introduced as "Bear Grylls' camera man", Mungo, has traveled to over 90 countries in search of adventure--and a paycheck. "I count myself very fortunate." He says of his job to bring the rugged wilderness to the comfort of our climate-controlled living rooms.

While not usually in the spotlight himself, Mungo is an experienced adventurer in his own right. He has not only traveled alongside Bear Grylls on most of his adventures, but he's done it with a 30 lb. camera on his shoulder. Mungo has worked with Bear since the beginning of Bear's television career.

While Man Vs. Wild with Bear Grylls is certainly the most iconic adventure show that Mungo has filmed, his resume includes X Factor, Britain's got Talent, The Apprentice, and a myriad of other shows inside and outside of his adventure cameraman specialty.

For his first time last year, Mungo starred in his own TV show. Expedition Mungo for Animal Planet investigates stories of mythical creatures in the far corners of the globe. "I thrive on challenge." he says, which is evident to anyone who has seen even one of the shows he has filmed.

Paracord Put to the Test

An Insider article quotes Mungo as saying, "One of the things I never travel without is a ball of string or paracord." When asked if that was accurate, he said, "Yes, absolutely true." Early in his career, Mungo learned from an overseeing director how useful a piece of string can be, "or paracord, as I use," He clarified, "because it's a lot stronger."

Does paracord really live up to its lofty reputation as an all-purpose survival tool? From someone who has roughed-it in nearly half the countries of the world: "It's probably the most universal piece of kit [gear] you have." Mungo says, "It's incredibly strong, it's adaptable, it actually could save your life."

He reflects on one time when paracord had his back: "I was in Norway and it was snowing so we were skiing... and we had to carry the camera at the same time, so I tied paracord on either end of my camera handle. On my rucksack I had two carabiners on the straps around by my chest, so then I could just clip the camera onto my carabiners and then be hands free." 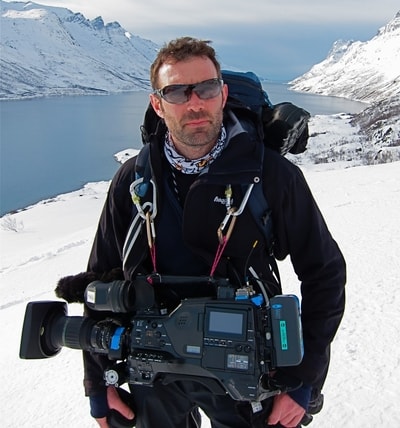 Skiing on shoot in Norway. 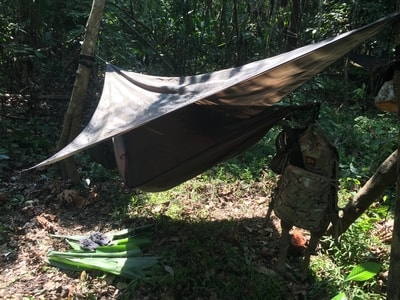 "I think it's worth noting that in the experience of what we do," Mungo says, " if you look after your kit, your kit will look after you, which is really important, especially with our safety equipment."

He continues, "You’ve got to keep an eye on it. If its slightly frayed somewhere, you should probably ditch it and replace it. And it’s not expensive, let's face it. It's got to be in good order."

Norway is not the only time that paracord has come to the rescue. Some of the other uses for Mungo's paracord have included a wrist strap for his machete, suspension lines for his hammock and rain fly, prusik loops for climbing, and clotheslines to dry out wet gear on the rare occasions that he has a hotel room for the night. 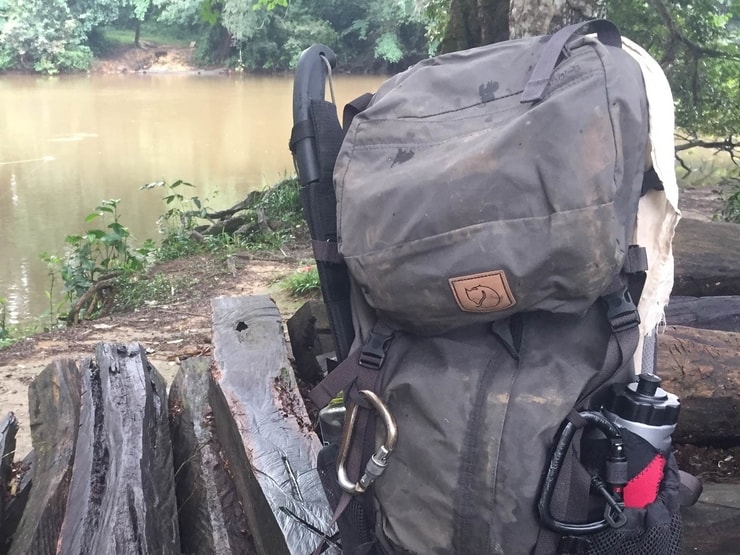 Many American readers of this blog would love to know that the British cameraman enjoys traveling to the U.S. Some of his latest work with Bear on "Running Wild with Bear Grylls," has brought him to the United States.

In fact, a new, unnamed series he is working on with Bear involves some state-side travel, among other places: "I’m not allowed to say who we're shooting for." he says, "It will come out very soon... It's for one of the big broadcasters."

You can find adventure wherever you live.

While it's true that the USA has a huge variety of landscape with within its borders, many of us still find ourselves looking to far away places, longing for adventure. We tell ourselves that there is nothing to do in the outdoors where we live.

Mungo pushes back against such excuses: "You can find adventure wherever you live—wherever you are—but you just have to think outside the box, and it really doesn't take that much money." Mungo himself often takes his Canadian aluminum canoe out on to the river Thames, right in London where he lives. He says, "You've just got to get out there and push the boundaries."

One of his greatest loves in life, he says, is doing what he does at work—just without a camera. He loved watching his eldest son's appreciation for the simplicity of the natural world when they recently went canoeing together for the first time.

In Mungo's opinion, the best things in life are simple, which partially explains his love for his job in the wilderness and even his admiration of paracord. "I'm a big fan [of paracord] and that's genuine," he says, "With a bit of creativity, you can adapt it to so many uses."

But his love for the simple things in life goes way beyond paracord or even the outdoors. "I've worked with royalty all the way down to some of the poorest people on the earth." he says, "The poorest people in monetary terms in the world are the richest in spirit—in happiness—and some of the richest people in the world are the most miserable, because they’re so insecure and worried about their money, their fame, and their fortune."

I just encourage people to get out there and do it. You've got one life on this earth.

While Mungo obviously relies on technology, such as video cameras and airplanes, for his livelihood, he has never lost his appreciation for the natural world. "Sometimes we complicate ourselves," he says, "with computers, and flash cameras." He is self-admittedly an easy man to please: "If I can sleep under the stars," he says, "I'm a happy man, really."

Mungo reflects on the unique challenges of filming in the wilderness. He often does not have the luxury of a second take. "When you're doing big stunts, you just can't do those stunts twice."

Just as there are no second takes when filming Bear doing a front flip out of a helicopter, Mungo believes in not wasting any opportunity in life, "I just encourage people to get out there and do it. You've got one life on this earth."

"There's a world out there and I am very, very, very fortunate to get paid to have adventure and to be out there doing exciting things." 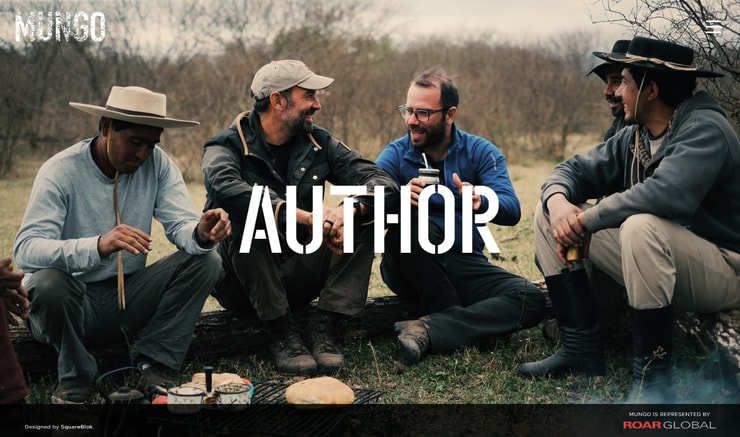 What do you think? Would you be able to survive and thrive as an adventure cameraman? How does your life philosophy influence the path you take through life's adventures? Let us know in the comments.