While the bowline is one of the most time-honored knots, it's also one of the most controversial. Because it's been used for so long, and has played such an integral role in people's livelihood for generations, attacks made against its usefulness are often met with fierce resistance—and can be taken quite personally.

You see, there's actually some dissagreement over how good of a knot the bowline is—or even what constitutes a bowline in the first place.

Before the internet, most knot knowledge was passed down in-person from father to son or from expert to apprentice. How would you react if, after tying and using the bowline for decades, you were told that the knot you tied wasn't a bowline at all? I think you'd be pretty reluctant to believe it. 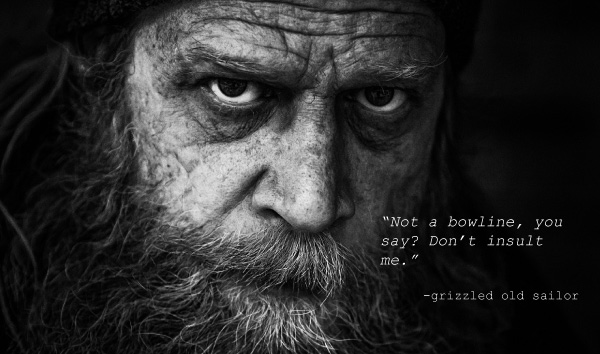 There are actually many ways to tie a bowline. Depending on who you ask, there are over 40 varieties of bowline knots. But as you may have guessed, people can't agree on that either. What makes a bowline knot after all? Which method of tying was the original? 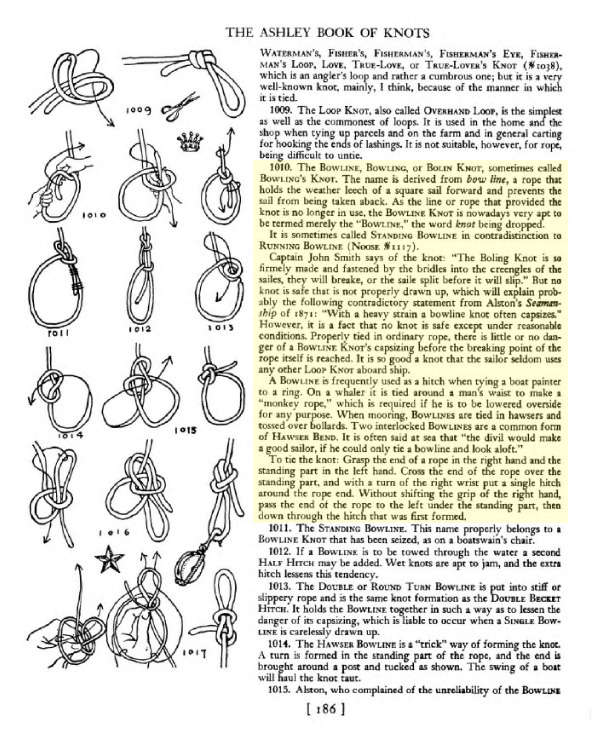 It's a pretty simple configuration. Make a loop, bring the end up through, around the standing rope, and back down through. This is the knot that the Ashley Book of Knots calls the bowline. This is the knot he assumes was first used as a bow line.

The first problem is that while it's easy to tie, it's also easy to tie wrongly. Perform any one of the steps slightly off, or dress it (pull it tight) hastily, and you've made a death trap rather than a life saving device. Those details, though small, could cause a bowline to turn into a noose—or come completely undone. It's anyone's guess whether more people have been saved by good bowlines or killed by poor attempts. If you learn the bowline, make sure you learn it well.

Second, some would question whether a properly tied bowline is actually a secure knot in the first place. Much of this issue can be chalked up to misuse or misapplication of the knot. For instance, a bowline tied in a slippery synthetic rope (like paracord) is much more likely to loosen than a bowline tied in the rough manila or hemp ropes that would have been used on ships in the 1800's and earlier. 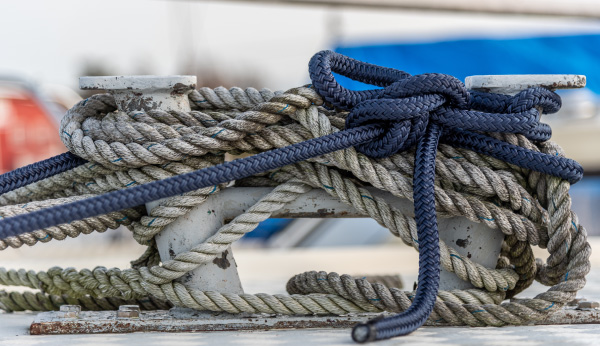 Both natural and synthetic fiber ropes are used on boats today.

But even then, if not enough of a tail is left on the knot, or if directional force is applied, the bowline can come undone—and that's a problem.

So how is the problem of the bowline solved? Many have adapted the knot to make it more secure. They'll add an extra pass to the rabbit hole or tie off the working end with a half hitch.

But, this begs the question for some: Should we keep using a faulty knot that needs additional steps to fix, or should we find a better knot? I can't decide for you!

Many have said of the bowline, that it's a versatile knot, but never the best knot. It does many things adequately, but it does nothing perfectly. That being said, it is a knot that is steeped in tradition, and many don't want to let it go.

These days, people who study knots have often landed on the Double Dragon Loop as being perhaps the most secure fixed-loop knot that's reasonably easy to tie. Regardless of your feelings on the bowline, it's a solid knot.

Is it itself a bowline? No, not really. But it might just be the best bowline.

What do YOU think? Is the Double Dragon loop the perfect replacement for the bowline, or does it have its own drawbacks?

If you want to explore this topic more, watch our video on the Bowline vs. the Double Dragon.