Dictionary definitions of the word "Minimalism" are pretty unhelpful. They just tell you about minimalist art or music. To sum up what a minimalist lifestyle is, it's the mentality that having too many possessions distracts you from more important aspects of your life. A couple of key people have defined it in some thought-provoking ways. (Even before minimalism was a thing)


Love people, use things. The opposite never works.


Too many people spend money they haven't earned, to buy things they don't want, to impress people they don't like.


Simplicity is the ultimate sophistication.


By now you're probably thinking, "Okay, I get it, but you're a paracord store. What's this got to do with paracord?" Well, I'm glad you asked!

I think minimalism actually has a lot in common with paracord and ropecraft.

In a way, minimalism is all about simplifying life. Fewer frills means fewer arbitrary choices that consume our time. In terms of craft supplies and hobbies, you can't get much simpler than a length of rope. Paracord art breaks crafting down to its simplest form, and I think that's part of its appeal. It's fun to see what other people make out of something so simple.

Some people mistakenly refer to minimalism as a fad. It's more of an ideal than a particular way of doing things. While paracord has only been around for about 80 years and has only been made into bracelets for the last 20, rope bracelets and rope jewelry are nothing new. Sailors have been making square knot chains for hundreds of years, and braided threads have adorned clothing for thousands of years. Decorative knotwork doesn't really go out of style—at least for long. 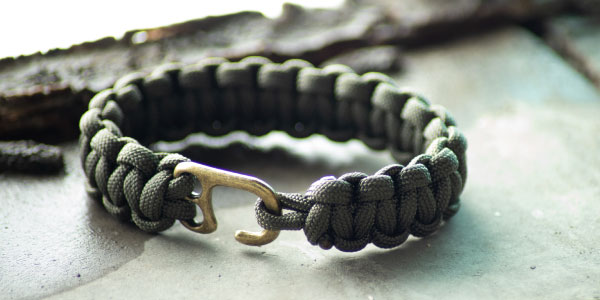 An important aspect of minimalism is eliminating possessions that serve only one purpose. For example, instead of buying a bunch of single-function kitchen gadgets that fall apart, invest in a quality set of kitchen knives.

Rope (or paracord) is the ultimate multi-purpose tool. In certain situations, it can take the place of bungee straps, zip ties, twisty ties, duct tape or any number of other things. This also makes it a handy item to throw into the bottom of your daily-carry bag. Just because you're a minimalist doesn't mean you can't be prepared. 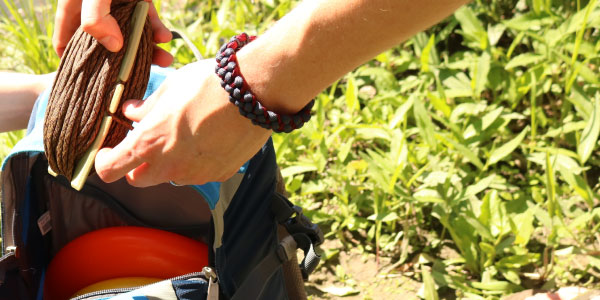 Like I already mentioned, minimalism involves some creative problem solving when you don't have the tool for the job. Living with few possessions has a ton of perks, but you may also need to think outside the box when you need something you don't have. This doesn't mean minimalism isn't for you, it just means you need to get creative. This kind of thinking is good for your brain every now and then!

Minimalism is about being practical. It doesn't have time for stuff that makes life more complicated.

Paracord is immensely practical. If you are a backpacker, you probably already know the potential usefulness of some kind of string, but the same can also be said of city life.

Here's a challenge. Put 50ft. of paracord in your daily bag. Tie it in a quick-release hank so that it's ready to use, and then carry it with you for a month. I bet you'll find a time to use it. Tie up your tangled headphones and charging cords, make a custom piece of jewelry, hang up something to save space in your garage. And then, when you do, take a picture of it and proudly post it to Instagram to let us know!

Above all, minimalism is human. Like is said by the people who made the term minimalism popular, "Love people, use things." It's so easy to forget relationships in a world that is infatuated with stuff.

Handmade goods are a great way to add a human touch. Every time you use handmade items, let them serve as a reminder of what life is about: the people around us. If you're curious about paracord crafting or other handmade crafts, check out our photo tutorials and YouTube channel.