My generation missed the 70's—and that is definitely okay. It does mean, though, that I missed out on some things. Things like bellbottoms, afros, fringed jackets, and macramé. If you are a millennial (dare I even use that word?) you may have never even heard of macramé.

You and I are in the same boat. A year ago, someone was describing crafts that were in-style and they brought up macramé. I pretended to know what they were talking about until I couldn’t any longer. I eventually had to admit my ignorance. "What is macramé?" 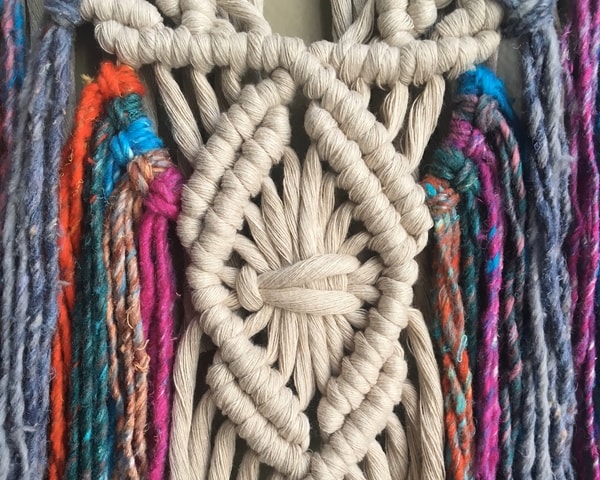 Macramé is basically the art of decorative knot tying. Meriam Webster defines it as: "A coarse lace or fringe made by knotting threads or cords in a geometrical pattern; also : the art of tying knots in patterns." If you look up pictures, you will see oodles of wall decorations and plant hangers that have a lacey look to them.

Not only did I think that macramé was from my grandmother's generation, I also thought it was a craft mostly practiced by women. The fringed jackets of the past and the largely female crafting demographic on Pinterest today gave me the wrong idea. Since becoming educated on macramé, I have discovered that many middle-aged men I know today were into macramé back in the 70's.

Turns out I already knew how to macramé—and you probably do too. If you make paracord bracelets, you know macramé. The same knots are used in both.

If you think the cobra weave bracelet was a military thing, guess again. Macramé is mostly made up of square knots, which are at least 4,000 years old—probably much older. Sometime in the last 20 years, a man said, "I can't wear macramé. Let's call it something tough. How about 'Cobra'? That sounds tough." 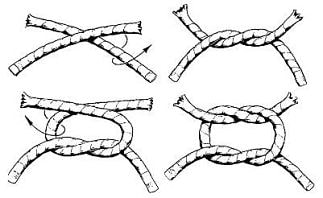 And so the paracord "cobra" bracelet was born. Turns out this was only a modern twist on something that had been around for a very long time.

More Than You Need to Know

I covered much of this in A Selective History of Knots and Rope, but here's a quick timeline of macramé:

1200's Arab weavers began using knots to adorn the edges of textiles. This style migrated to Spain under Moorish influence.
Late 1600's Macramé was introduced into the English court of Mary II.
Early 1800's British and American sailors practiced knot work while at sea and traded them at ports around the world.
1800's Macramé became popular in textile embellishment and home décor, somewhat falling out of style around the turn of the century.
1970's Macramé had a resurgence during the "hippy years" as a way to adorn clothing, as well as having functional uses such as plant hangers or tablecloths.
2010's After only about 20-30 years out of style, macramé is once again popular as part of the boho hippy style.

The macramé of today has an updated color palette. Unless someone is intentionally copying the 70's to match their retro shag carpet, it's usually made of one color at a time—usually white, pastels, or earth tones. But that's not entirely fair; macramé can be made in many different styles. It's simply decorative knotwork, after all. 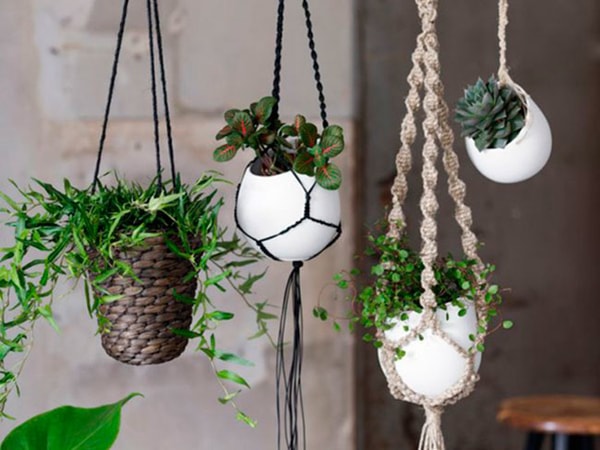 As a store that sells various kinds of crafting rope, we at Paracord Planet are a little baffled when people search our site for "macramé cord." Traditionally, cotton and hemp rope were most common, but those were just the ropes of their time—anything goes.

In its most recent comeback, synthetic fibers are often used—even paracord. Other macramé cords include cotton rope, synthetic craft cord, manila/hemp rope, jute, and even leather. Any rope can be macramé rope.

I'm sure someday the next generation will look at modern macramé and deem it incredibly outdated and wonder how we could think that something so hideous was ever beautiful, just like we did to our parents.

It's easy to get started in macramé. It's a wide category of crafting, so anyone can find something in the hobby that fits their style. To get started, here are two macramé tutorials that we recently put out.

What do you think? Is macramé still too froufrou for you? Give it a try! (you can even do it with paracord if it makes you feel better).