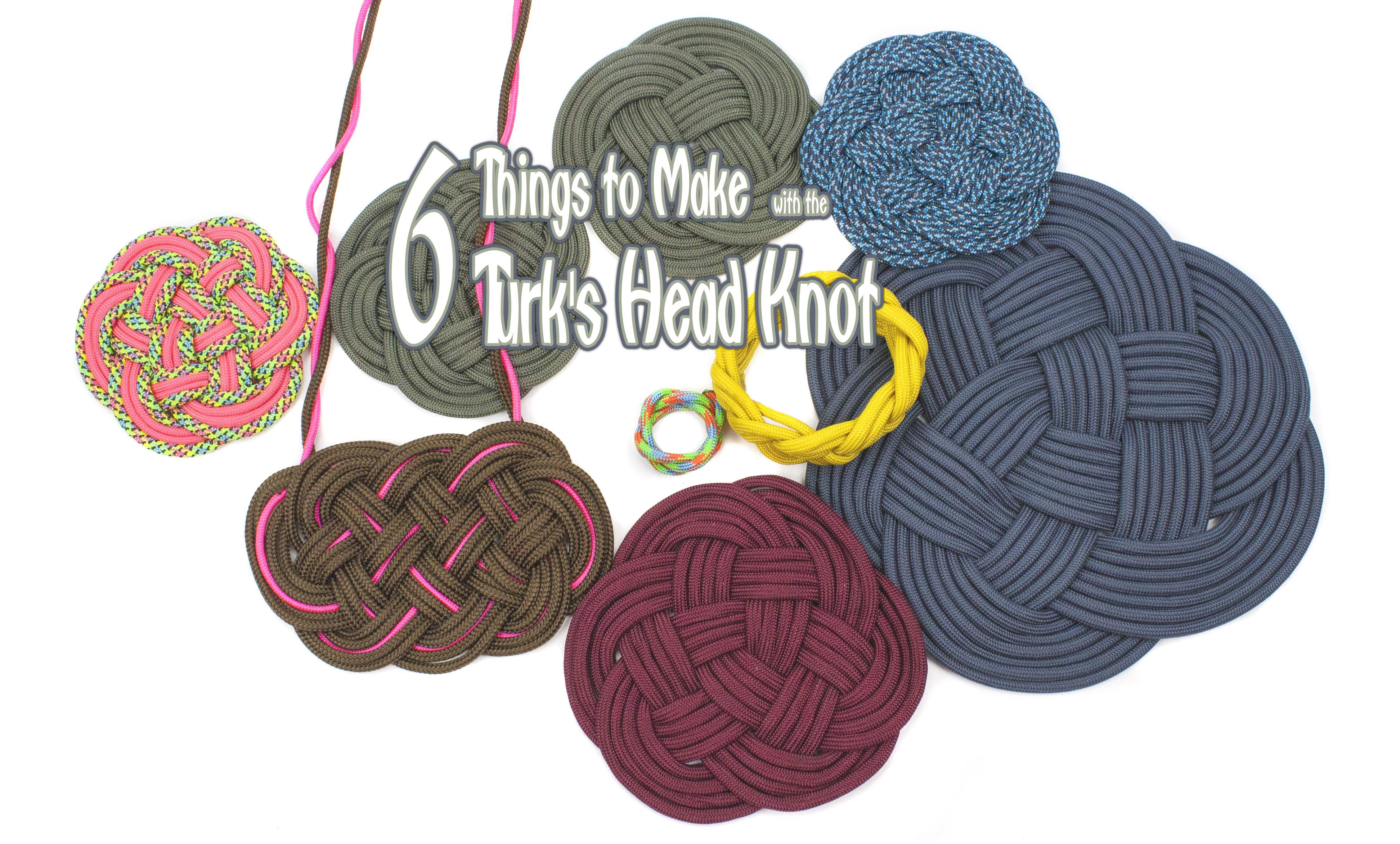 The Turk's Head (AKA Woggle) is a very diverse knot that many things can be made from. Much like how there's tons of variations of the Cobra Weave, the same is true for the Turk's Head. However, the best part with the Turk's Head variations, is that they're all made essentially the same, the difference is just the the foundation.

Turk's Head is a very fun knot to do since they can each have such different looks depending on the number of passes, leads, and bights. For instance, the two coaster in the photo below are both Turk's Heads but the one on the right is a 4 lead, 6 bight and the one on the left is a 3 lead, 4 bight.

If you're asking what is a lead and what is a bight, let me tell you.

Turk's Head projects can also be done with color as accents, such as with the necklace (example 2), or with two colors, pictured below.

Without further ado, here are 6 different projects you can make out of the Turk's Head knot. 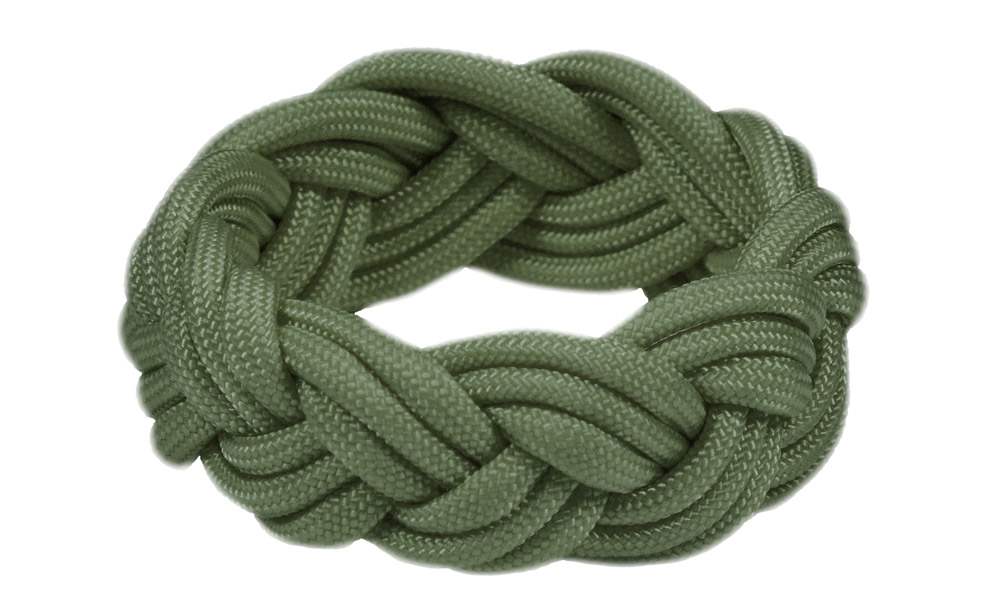 This is a very cool "infinity" like bracelet that doesn't need a buckle. Click here to learn the  Turk's Head bracelet.

This necklace was made with a type of Turk's Head called the Ocean Plait. It can be used for a number of different things, but we decided to make it into a statement necklace. To learn the Ocean Plait Turk's Head, click here. If you want to turn it into a necklace like in the photo, all we did was weave a small bit of paracord into the back of the loops, hid them, and burned the ends together to secure.

These subtle, unisex rings are a unique way to carry a little paracord with you. They can be made with regular 550 cord or if you don't want it as bulky, you can use gutted 550 cord or smaller cord. To learn this ring, click here. 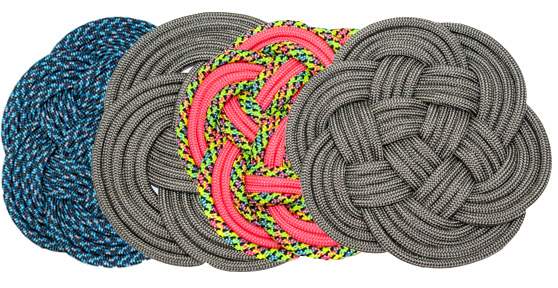 Now that you know the basics for the Turks Head, it can be turned into other fun things such as a coaster. Coaster are made exactly the same as a bracelet, except instead of being woven around a cylinder, it's made flat on a table.

Another cool thing about the Turk's Head is that something as simple as how tight you pull can give it a different look. The two coasters below are the exact same 4 lead, 6 bight, 4 pass coaster but have a little different look. 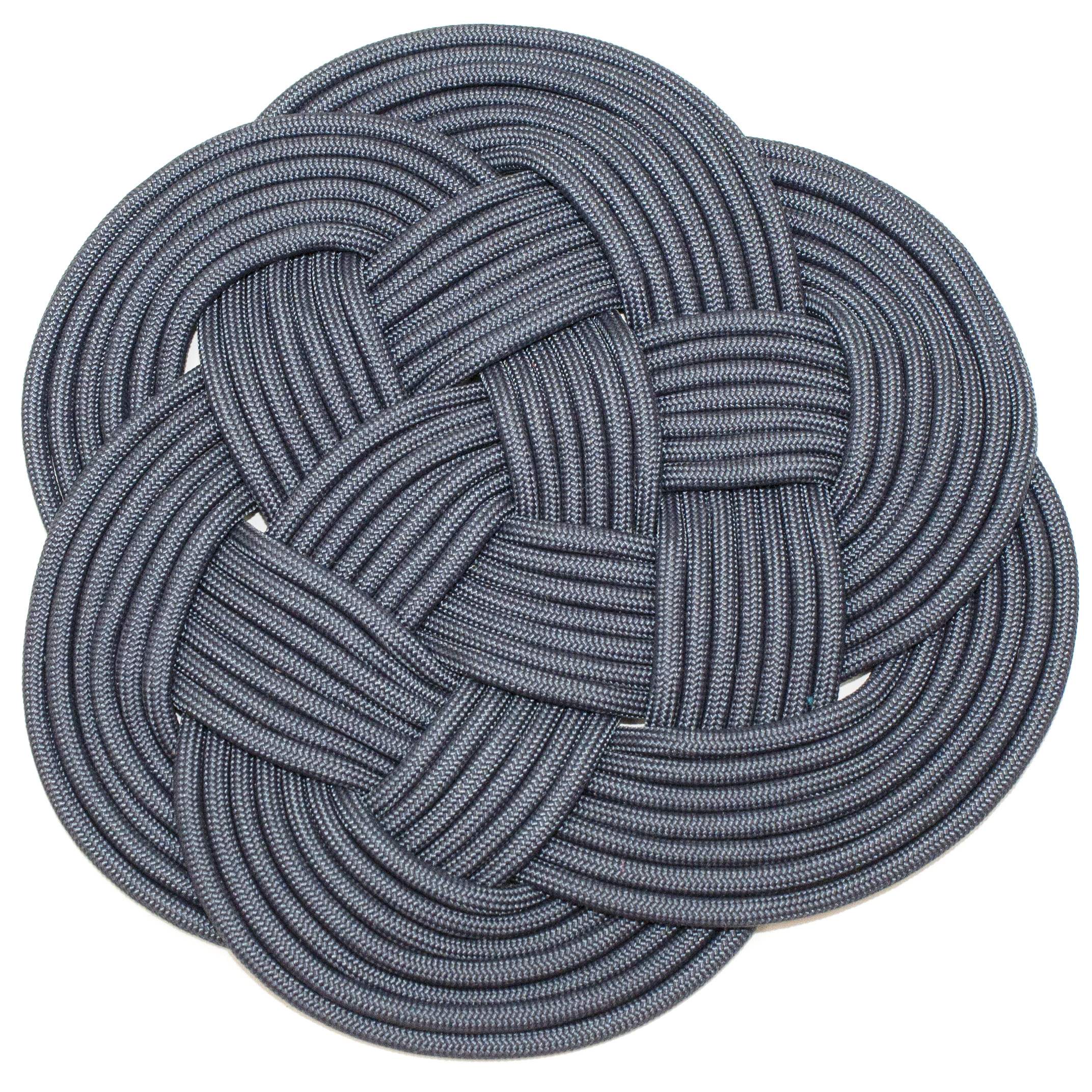 The Turk's Head pot holder is the exact same as the coaster but you do more passes and looser to make it bigger. 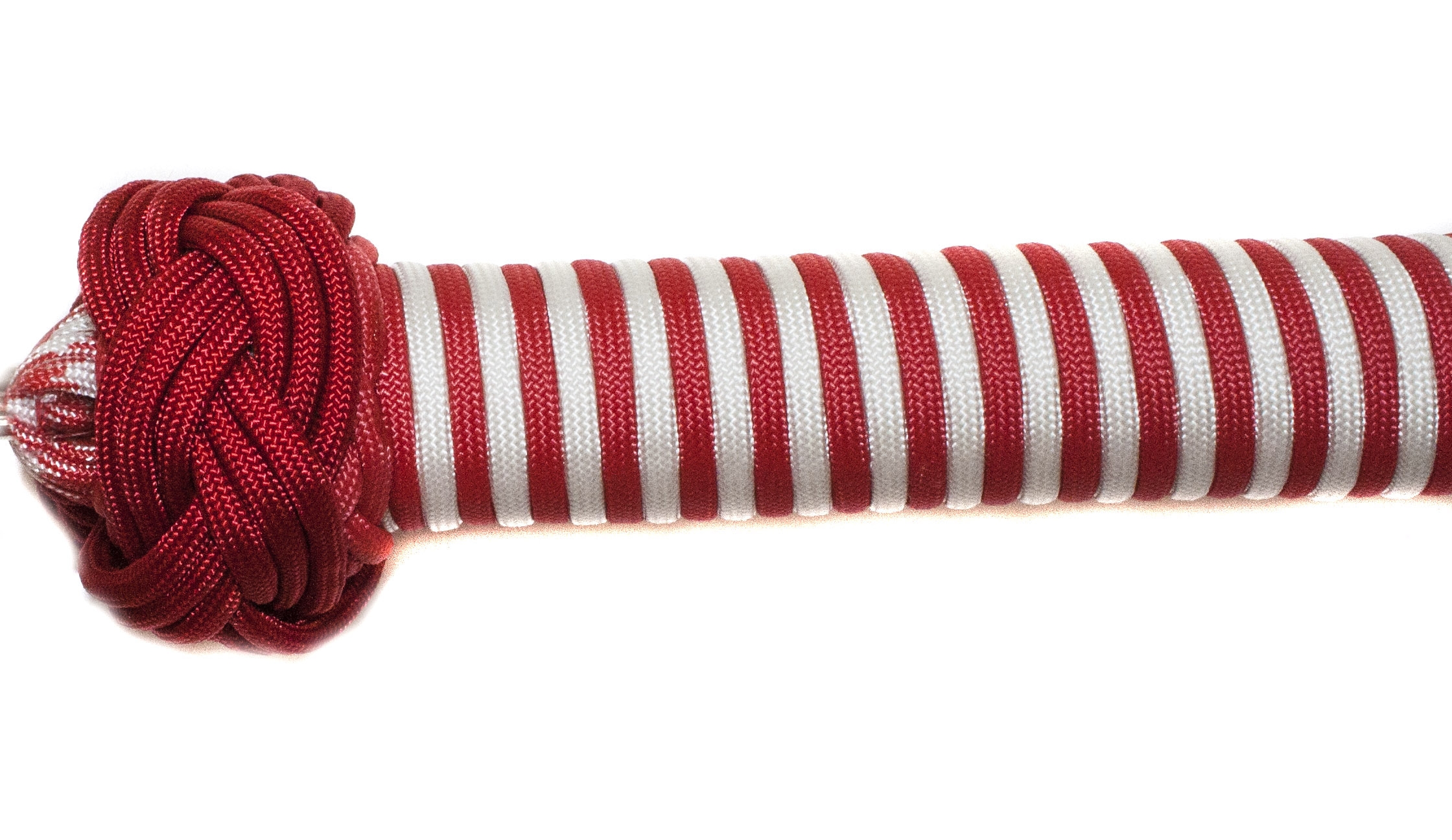 Lastly, the Turk's Head is a pretty knot that can be used a decorative finish for things such as flashlight wraps, walking stick wraps, lanyards, and more.